In the 18th century, dozens of country estates were founded in the Amsterdam area. One is Waterland. The country houses were mainly inhabited during the summer months, when the canals stank in Amsterdam. The Waterland estate consists of a nature reserve of 29 hectares.

The country house with outbuildings and the park layout, built from 1742-1766 and designed by Pieter de Swart, has been declared a national monument. 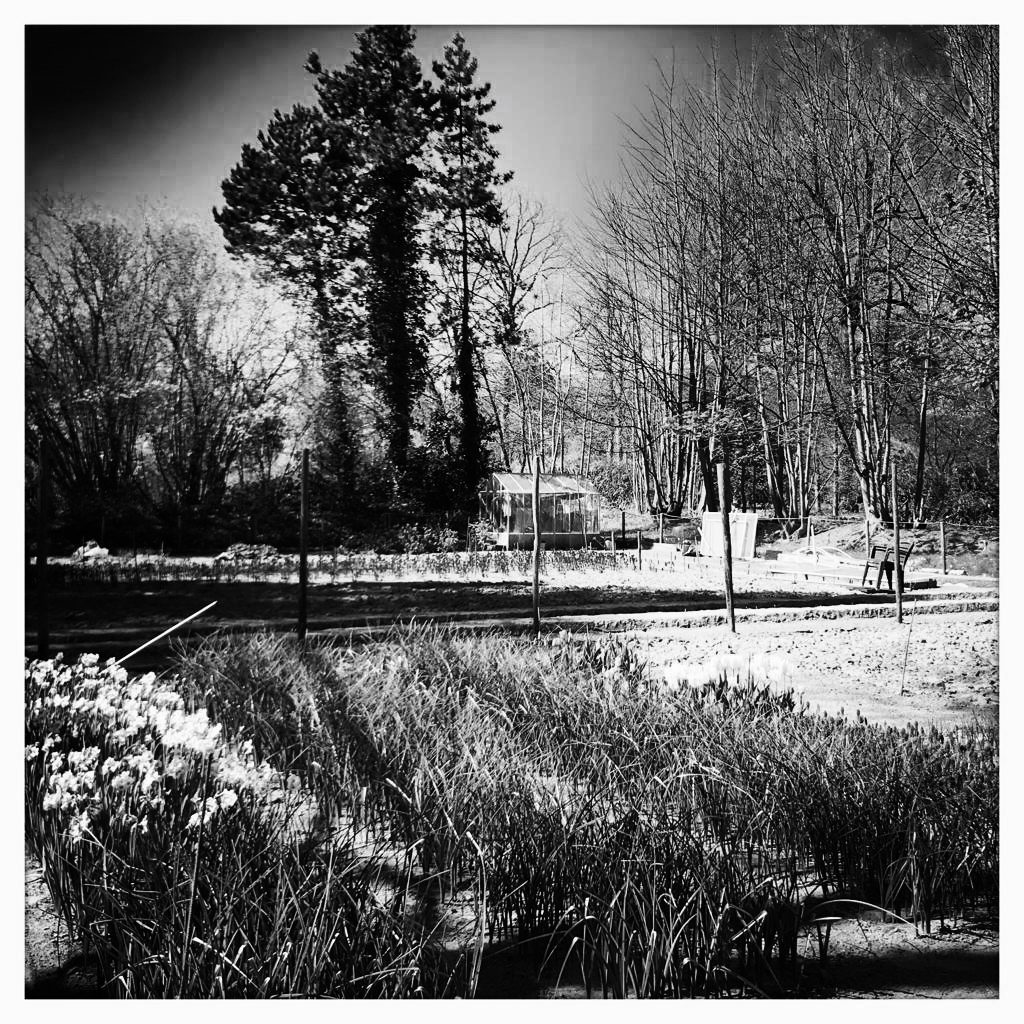 Dirck Trip Sr. (1691-1748) had the first part of the current house built on Waterland in 1742. The interior of the central part was designed by Pieter de Swart, the architect of Stadholder William IV. In the sixties he had two wings added. The garden was laid out symmetrically in 1742. After his death, his second wife Agatha Geelvinck took over the management of Waterland. After her death in 1761, the estate went to Dirck Trip Jr (1734-1763), who bought out the other children. He died two years later.

Dirck Trip Jr. was married to Jacoba Elisabeth van Strijen in 1760 and they soon had two children. Jacoba remarried in 1767 to Carel George Count of Wassenaer Obdam (1733-1800) and they lived mainly in The Hague in Kneuterdijk Palace, also built by Pieter de Swart. In 1781, Jacoba Waterland sold to Jhr. Archibald Hope for 48,000 guilders.
Archibald Hope (1768-1821) was a merchant in Amsterdam. His father-in-law Jan van de Poll had a country estate in Velserbroek. The Hope couple remained childless. In 1789 he became ships of Amsterdam. He expanded Waterland by buying part of the Meervliet Estate from his neighbor Willem Bordeel. He had the formal garden turned into an English landscape garden and in 1789 the ice cellar was built. He sold Waterland in 1799 to Jacob Boreel, the son of his neighbor, for 38,500 guilders, and continued to live on the Kneuterdijk.

Jhr Jacob Boreel (Amsterdam, 1768 – The Hague, 1821) was the son of Willem Boreel and Maria Trip, who lived on Beeckesteijn and Meervliet. He married Margaretha Johanna Munter, a descendant of Cornelis Munter and Maria Piso, and had five children. Jacob and Maria Boreel also had a house on the Herengracht. Jacob Boreel was elevated to nobility in 1815 and died in 1821, after which Johanna Boreel was in charge of Waterland. Their son Willem Boreelerfde Waterland.

Jhr. Willem Boreel (1800-1883) studied law in Amsterdam when he received Waterland. He then traveled for a few years with his study friend Jacob van Lennep. In 1833 Willem Boreel married Margaretha Maria Paulina Boreel, his niece. They lived on Waterland and in The Hague, where he went into politics. He became a member of the Provincial States and later a member of the Second Chamber, of which he was also chairman from 1851-1855. He then became King’s Commissioner in North Holland and lived permanently at Waterland. A heated greenhouse was built in 1871. There was also a cowshed and a tool shed. In 1904 he had a coach house built. The arms of Boreel and Van Weede were above the doors.
Beeckesteijn, where his parents lived, was now also his, but he rented it out. After his death in 1883, the widow continued to live there. She died in 1892, after which Jacob Willem Gustaaf Boreel inherited the estate.

Jhr. Jacob Willem Gustaaf Boreel (1852-1937) also studied law. When he married Maria Cornelia Baroness Schimmelpenninck van der Oye, his mother was still living on Waterland, and the newlyweds were going to live on Meervliet. When they moved to Waterland in 1892, Meervliet was sold and demolished in 1925. Two daughters reached adulthood, three other children died young. Jacob became mayor and dyke. In 1891 he became a widower, in 1898 he remarried to Jkvr. Cornelia Maria van Weede (1855-1927). She inherited the murals of J. Augustini, who came from a building in Haarlem, and which were applied in the gentleman’s room of Waterland. When she also died in 1927, he left Waterland. The house has not been permanently inhabited since. A few years before the Second World War it was a museum. In 1937 his daughter Cornelia Marie Boreel inherited the estate.

Jkvr. Cornelia Maria Boreel (1874-1957) married Frederik Willem baron van Tuyll van Serooskerken (1874-1950). She was a grand mistress under Queen Wilhelmina and Queen Juliana. Waterland was used by the German occupier during the Second World War. After the war it was put into use as a convalescent home by the Central Office for the War Victims. Some old buildings were demolished in 1948 and 1949. The house was then used by the Het Vinkennest Foundation.
After the grandmother’s death, Waterland went to her son Frederik Christiaan Hendrik van Tuyll.

Frederik Christiaan Hendrik Baron van Tuyll van Serooskerke (1915-1976) and his wife Mathilde Elisabeth Countess of Limburg Stirum lived in the coach house awaiting the release of the large house. The house was restored in 1964, after which they were able to move into the house in 1966. Ten years later Van Tuyll died, after which his widow inherited the estate. They had no children.

Mathilde van Tuyll van Serooskerken – van Limburg Stirum (1920-?) Moved back to the coach house. She sold the farm on Meervliet. The big house got the destination hotel-restaurant but remained empty until Fopke Fopma bought the big house in 1984. Mrs Van Tuyll continued to live in the coach house for the time being.
Fokke Fopmam (1925-1988) lived there with his family and took the initiative to set up a foundation to preserve the estate. He was an art lover and gave the house a cultural function. He died in 1988. His wife continued that line. In 1991 the coach house was sold to a private individual and Mrs. Van Tuyll moved to Wassenaar. The widow Fopma left in 1997. Since then, the estate has been sold a few times. All buildings on Waterland are nationally listed.